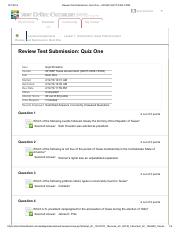 Despite the complexities, modern political science has progressed by adopting a variety of strategies and theoretical approaches to understanding politics and methodological pluralism is a … Read More